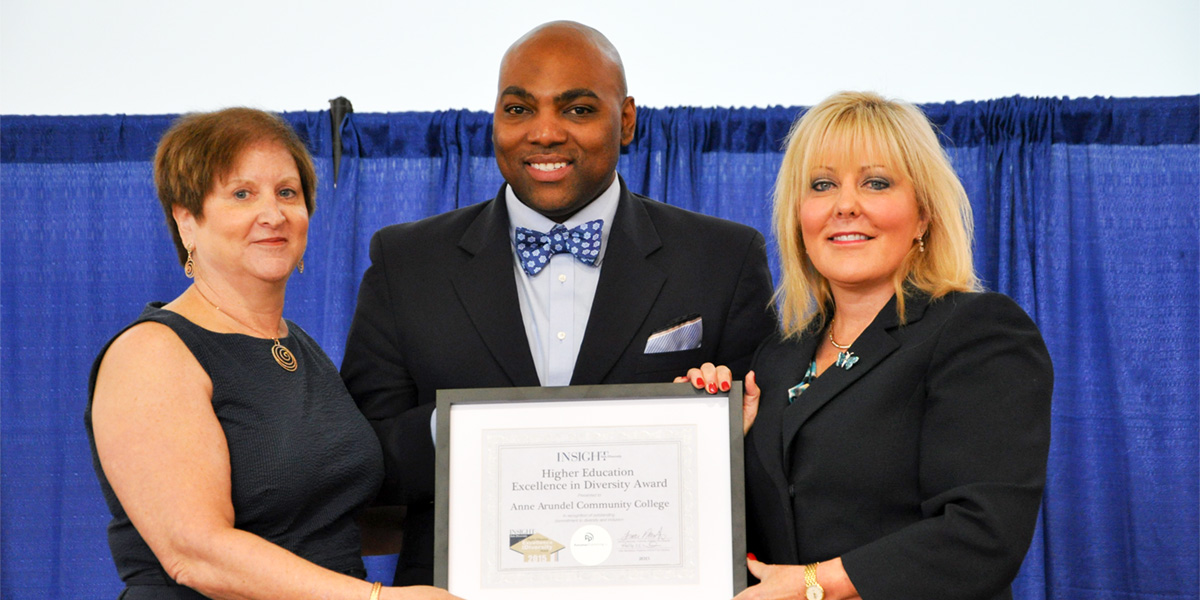 Anne Arundel Community College recently received the Higher Education Excellence in Diversity (HEED) Award for the second year in a row. The 2016 award comes from INSIGHT Into Diversity magazine, the oldest and largest diversity-focused publication in higher education.

As a recipient of the award, the only national honor for U.S. colleges and universities that demonstrates an outstanding commitment to diversity and inclusion, AACC was featured along with 83 other recipients in the November issue of the magazine.

“When inclusivity and diversity are part of a college’s core values, everyone benefits, especially our students,” said Dr. Dawn Lindsay, AACC’s president. “We have made equity a priority at AACC. To earn this recognition for the second year in a row strengthens our belief that we continue to be on the right path.”

“Since winning the 2015 HEED Award, we believe that we have made even more progress in achieving greater understanding and awareness of the importance of diversity, equity and inclusion across the institution,” Felton said.

Other advances this past year include:

The magazine said it takes a holistic approach to reviewing all applicants. “Our standards are high, and we look for institutions where diversity and inclusion are woven into the work being accomplished every day across a campus," said Lenore Pearlstein, the magazine’s publisher. "The HEED Award process consists of a comprehensive and rigorous application that includes questions relating to the recruitment and retention of students and employees – and best practices for both – continued leadership support for diversity, and other aspects of campus diversity and inclusion."