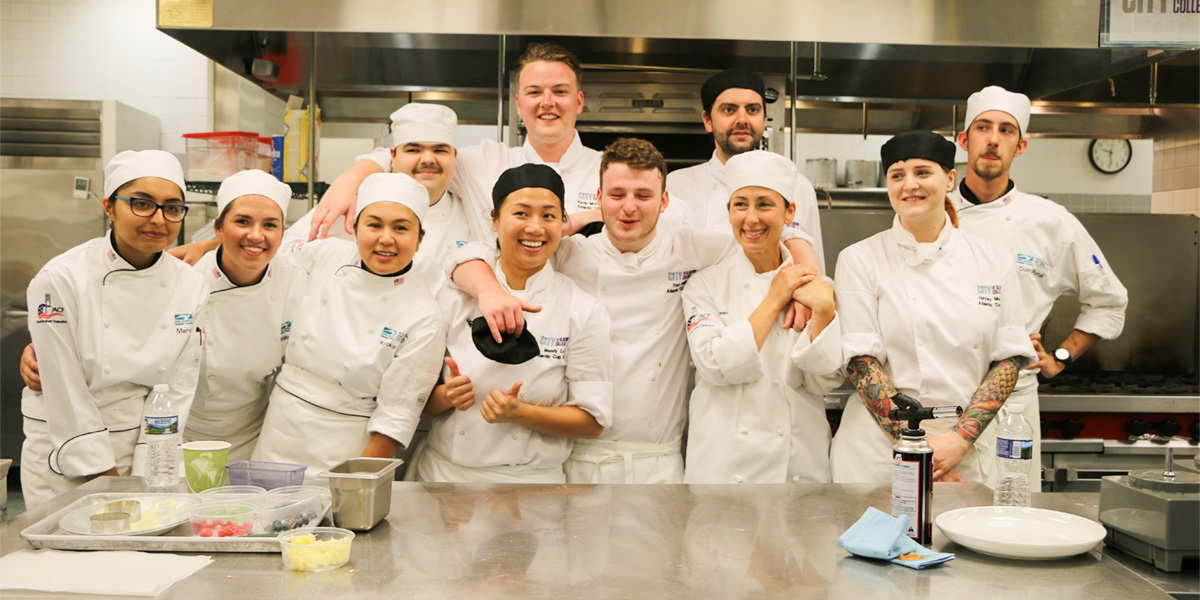 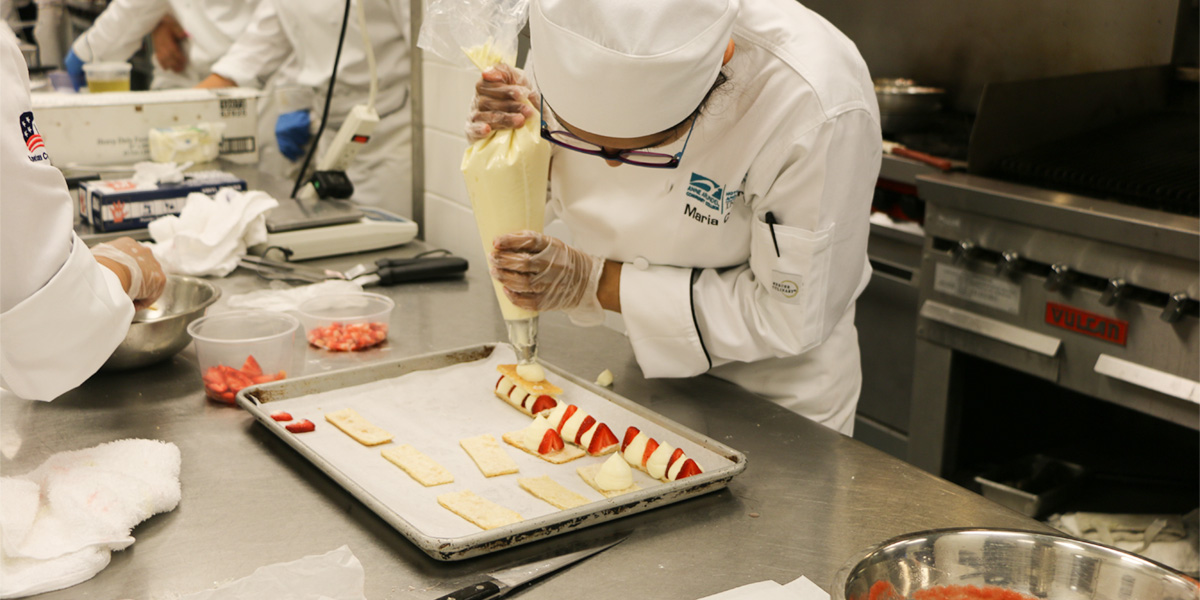 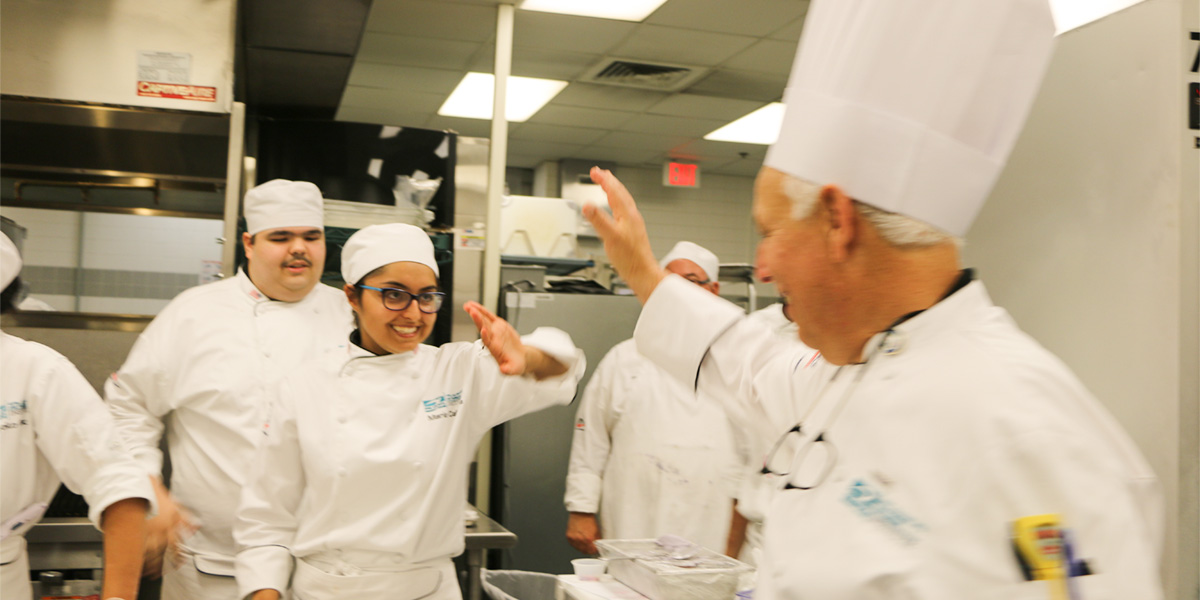 What do rhubarb, tomatoes and soft shell crabs have in common? Not much, but they all were ingredients in the second Atlantic Cup cook-off between Anne Arundel Community College and City of Glasgow College.

AACC’s president, Dr. Dawn Lindsay, City of Glasgow College Principal and Chief Executive Paul Little, and Maryland First Lady Yumi Hogan revealed baskets of mystery ingredients at the start of the July 12 event. The two teams were given 30 minutes to plan a menu – which also had to include baby spinach, duck, quinoa, chanterelle mushrooms, corn and blueberries – then execute the three courses that were judged by local chefs.

City of Glasgow College ultimately came out on top and took home the shiny silver cup and bragging rights, but the recently formed AACC team still was given kudos for their performance.

“Just like last time, it was incredibly close,” said Anne Arundel chef instructor John Johnson, who tallied the scores. “You’re a young team, and we know you’ll do great things.”

The contest, similar to the Foot Network show “Chopped” where chefs compete and turn baskets of mystery ingredients into a meal, was held at AACC’s Hotel, Culinary Arts and Tourism (HCAT) Institute in Glen Burnie. Judges Susan Notter, member of the USA Culinary Olympic Team; Brian Boston, executive chef and co-owner of Maryland-based Milton Inn; and Doug Wetzel, executive chef of Gertrude’s Restaurant at the Baltimore Museum of Art, decided which team came out on top. City of Glasgow College won the last competition when AACC was in Scotland.

The visits and competition are a product of an educational partnership established in 2014 between the two colleges. “They approached us,” said HCAT Director Mary Ellen Mason. “Through it we share best practices in teaching and learning, as well as student and faculty exchanges, like this visit.” In October 2016, a group of students from AACC visited Scotland for the first Atlantic Cup Competition. Carrie Svoboda, then a student and now an adjunct faculty member, said the partnership was beneficial. “These are experiences that most chefs never have the opportunity to have,” she said.

The team from Scotland visited Sunday, July 10, to Friday, July 14. While here, they explored Annapolis and Washington, D.C., attended an invitation-only President’s Dinner, a luncheon catered by Mission BBQ, a ServSafe review and test, and the competition. “For us, it's definitely a cultural exchange as much as a competition. This experience will help build the young chefs’ skills and confidence, particularly in an increasingly global culinary arts world,” said City of Glasgow College instructor Gary MacLean, a recent winner of BBC’s ‎”MasterChef: The Professionals” show.

Learn about our Hotel, Culinary Arts and Tourism Institute 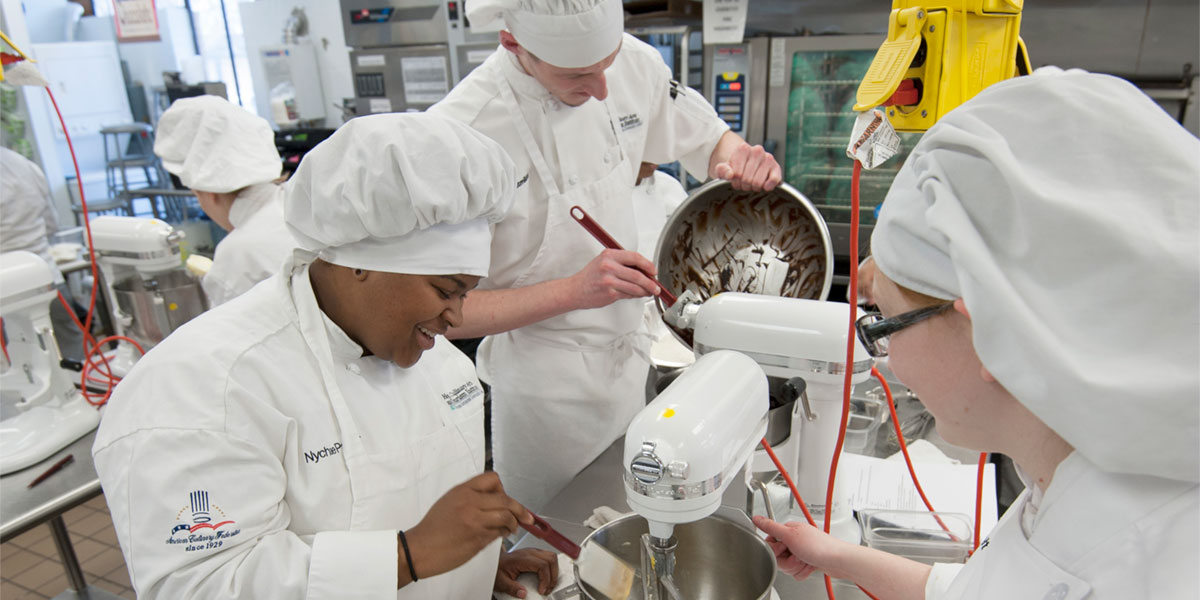