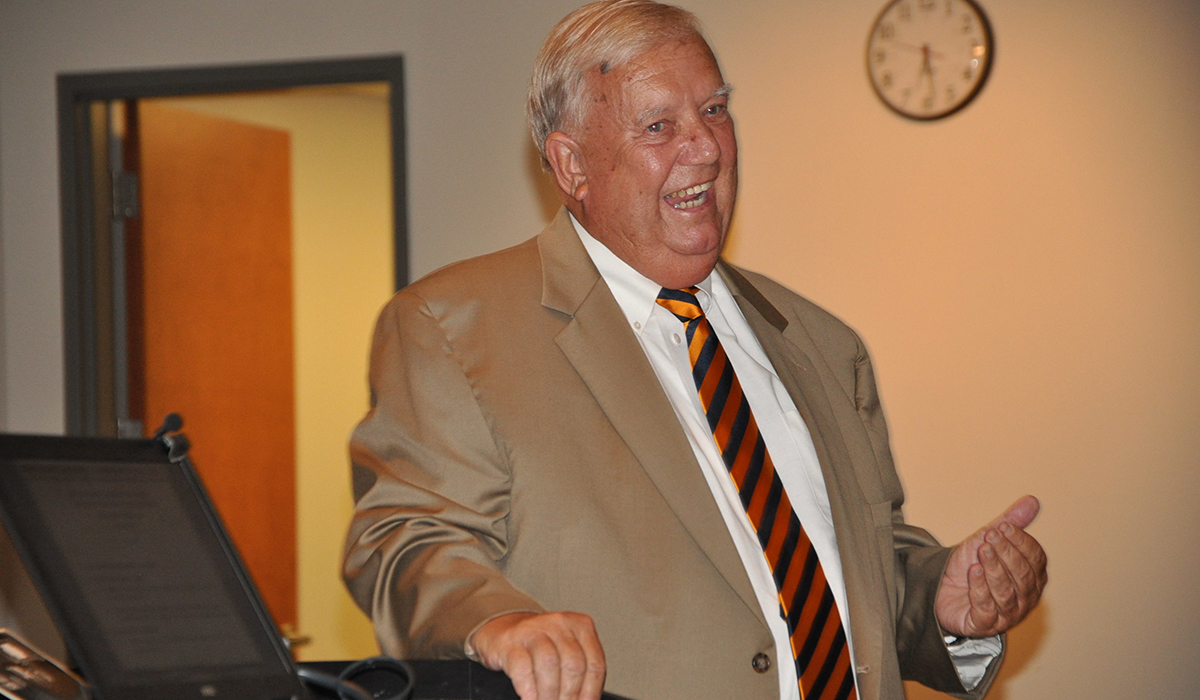 Anne Arundel Community College is deeply saddened by the loss of long-time Board of Trustees member Jerome W. Klasmeier. A tireless champion of the college and the community, Trustee Klasmeier served at AACC beginning in 2002.

“Trustee Klasmeier will be missed by all of us at Anne Arundel Community College,” AACC President Dawn Lindsay said. “Jerry believed in our mission and was an unwavering advocate for the needs of our students. He truly cared about their success. He evidenced integrity and was values driven in every interaction. We will miss him.”

“From the entire Board of Trustees, we were profoundly saddened to hear of the death of our fellow Trustee, Jerome Klasmeier,” said Sandra E. Moore, chair of the AACC board of trustees. “Jerry was an active and contributing member of the Board. In a sense, he was the Board “historian” offering a perspective from the viewpoint of someone who had served on the board for many years. A man of strong convictions, he also had a kind heart, and served as a mentor for newer members of the board, including myself. We share in the grief of his family. He was a man who truly lived his best life.”

Active in the community, he had been a member of the Hospice of the Chesapeake Foundation, the Providence Center Foundation and chairman of an advisory board to the adjutant general for the Military Youth Corps.

A former assistant comptroller for Maryland, Trustee Klasmeier had a distinguished career in public service. He spent more than five decades in federal, state and local government service, including 14 years as deputy secretary of the State Department of General Services and three years as chief administrative officer to former Anne Arundel County Executive Janet Owens. Trustee Klasmeier earned a Bachelor of Arts in Political Science from Loyola University Maryland and served three years as a commissioned officer in the U.S. Army.

More details on Trustee Klasmeier’s life and a way to share a memory with the family are available online.