What is a favorite AACC memory?

AACC is celebrating 60 years! Sure, we’re recognizing big milestones from when we were chartered in 1961 to now: buildings, presidents, championships, alumni in the news and national accomplishments. But we also wanted to share some of the quieter, impressive moments that make us who we are today.

So, here’s to those who are unsung — the ones doing extraordinary things that didn’t make the news, but made us pause, laugh or even feel inspired. Thanks for all the memories, and here’s to 60 more years and beyond of making Anne Arundel County a better place to learn, grow, live and be.

“I and a couple of friends visited the pet store and bought a dozen feeder goldfish and put them in the fountain in the area between the original buildings. Girls used to put their feet in the fountain all the time. They had felt the fish nibbling on their feet and started screaming.”

Sanders started at AACC after high school and initially was academically dismissed for poor study habits. He later returned with new study habits, made the Dean’s list, graduated and transferred to University of Maryland for a degree in computer science.

"Finally graduating after 26 years. ... My daughter took some summer classes at AACC. She got a thing in the mail for the business support specialist certification program, looked at me and said, ‘This isn’t for me, Mom. It’s for you.’ After the business support specialist certificate, I only needed seven more classes to get my associate (degree). I slowly started taking one class, basically one class at a time, and graduated in May of 2003. Life got in the way, but, I did it.”

A mother of four, Irons dropped out of Juniata College in 1976 after having her daughter. She took classes on and off for a few decades until graduating from AACC. Currently a manager of accreditation with Radsite, the lifelong learner plans to acquire a bachelor’s degree.

"My A.A. degree that moved me into a job where I’ve met and worked with everyone from Robin Williams to Oprah to Steven Tyler ... the list goes on!”

Clark has spent more than 20 years working in television as a production coordinator. She credits AACC for giving her exposure to the media field. After working in media services during her time at AACC, she realized it was a field where she could excel.

“Graduating from AACC when many people thought I couldn’t do it. Going on to get my doctorate degree and finding myself back at AACC teaching biology. Never in a million years would I have guessed this!”

Originally discouraged by her family from attending college, Bartlett graduated from AACC, continued her education, and now is as the academic chair for Biology. She has taught at AACC since 2000.

“I was supposed to intern with Smithsonian Environmental Research Center last summer (2020), but didn’t because of the pandemic. This year (2021) my professor contacted me and encouraged me to try again. ... It’s work, but it also just feels like a daily field trip.”

Kim is one of the thousands of students thrown into a new learning environment at AACC when the COVID pandemic hit in 2020. He adapted and now the ‘21 AACC graduate is studying at University of Maryland, College Park.

“I loved having a female computer science professor for my first comp sci class. ... I never thought girls could be computer scientists and went a different direction with my college major. As a young adult, I couldn’t resist my calling and signed up for CompSci 101 at AACC. My prof knew her stuff and was an excellent role model! She empowered and inspired me to continue with my education and career in STEM. Thanks to her and AACC for being accessible and encouraging.”

Rubin Swann had a Bachelor of Arts degree but enrolled in AACC’s computer science transfer program to follow her passion. After a transfer to UMBC and graduating, she began working as a computer scientist for the U.S. Department of Defense.

“When at AACC, I was a full-time student, full-time nanny and paying for my expenses and rent. And I never needed to ask my parents for help.”

Originally an au pair from Brazil who came to Maryland on a work visa with a bachelor’s degree in food engineering, DeVito attended AACC as an international student studying business and marketing. She graduated in 2019 and leveraged her two degrees into a career path that led her to her current position as innovation and quality engineer with Bar Harbor Foods.

“During a bad snowstorm in the ‘80s, I spent four days snowed in at the college with the rest of the security guards. No one could get out or in.”

“I remember when I had to handwrite each payroll check for everyone working at Anne Arundel Community College. After the first year I was employed, we went on computer.

“A student at AACC has always been a person — not a number. Even with the growth, Anne Arundel is still special, a mixture of hospitality, common sense, good courses, small classes, dedicated faculty and staff and always a dash of spirited students.”

Celebrate our 60th anniversary with us! 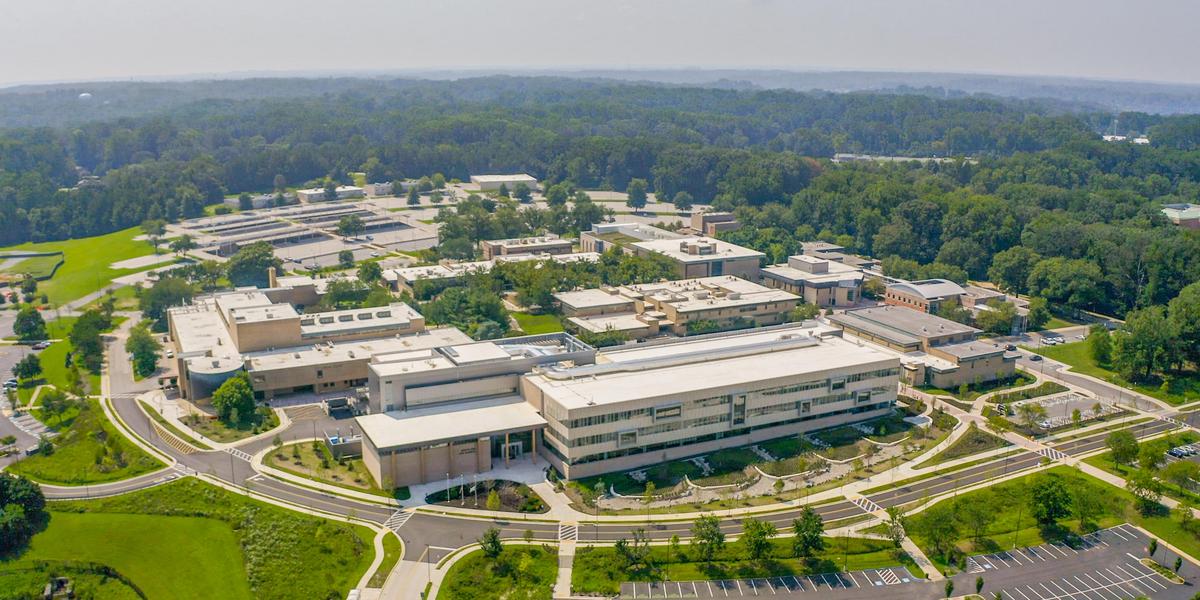