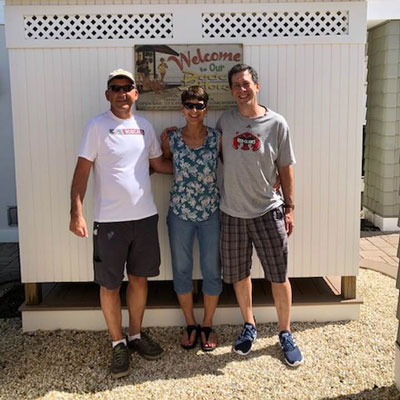 Lynda P. Fitzgerald, MA, is the coordinator of AACC’s Dance program and artistic director of AACC’s Dance Company. Fitzgerald developed the dance curriculum and major at AACC and established a service learning component enabling dancers to teach and give demonstrations at Anne Arundel County public schools.

Fitzgerald has taught and performed across the country for the American College Dance Association.  She performed professionally with the Great American Entertainment Company in Los Angeles, and toured the United States (both live and on television). Fitzgerald holds a Master’s degree in Education with a concentration in Dance from Stanford University and a B.A. from Connecticut College in English and Dance. She is a NISOD Excellence Award recipient, nationally recognized for her teaching excellence and received the Maryland Council for Dance Outstanding Service Award. She also received the AACC “Distinguished Service Award” for exceptional contributions and significant changes affecting the college community.