Jason Burkholder and the Search for Quality Water 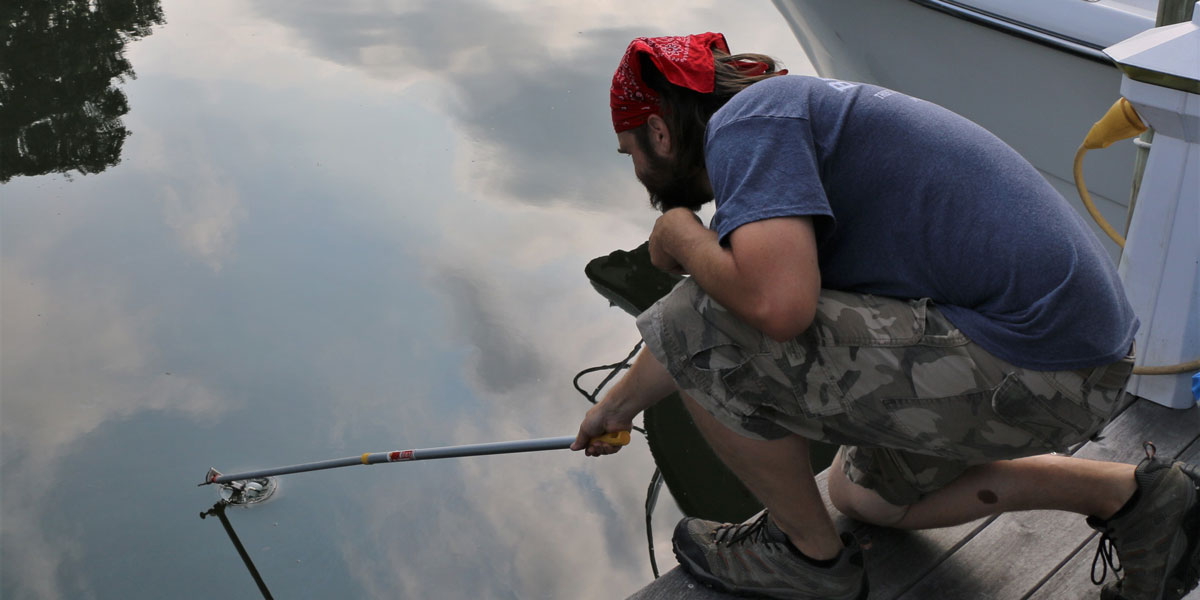 Burkholder became involved in 2017 when he was a student at AACC. After taking a class with Operation Clearwater Scientific Director and biology Professor Tammy Domanski, Ph.D., he applied for the position, was hired and has continued to return each summer.

The project’s original scope was to test bacteria levels in the water to determine if it was safe for swimming. Technicians like Burkholder continue this work. Today, they also measure for overall water quality through indicators such as salinity, pH and oxygen.

While Burkholder typically works in the lab rather than taking samples, he steps up when needed. Sampling can take three hours or more depending on traffic between the sites. The Magothy River alone has 15 points for sampling on the shore. There also are seven sites off shore requiring weekly visits. Burkholder, the only technician with a boating license, tends to those sites personally.

When he or another technician returns with the samples, they perform the necessary tests in one of AACC’s labs. To determine if the water is safe for swimming, Burkholder looks for concentrations of enterococci, a type of bacteria that can indicate fecal matter in the water that can lead to infections or gastrointestinal issues. The results are published online.

Through sampling, Burkholder has found that bacteria levels are much higher after heavy rainfall. He says this is because contaminants, such as animal waste, are washed into the rivers. For him, it drives home the importance of personal responsibility in keeping the environment clean.

During the spring and fall, Burkholder studies cell and molecular biology at Towson University. While he hopes to focus more on molecular biology rather than environmental biology in his future career, AACC and the Environmental Center gave him a starting point and a place to get his feet wet. 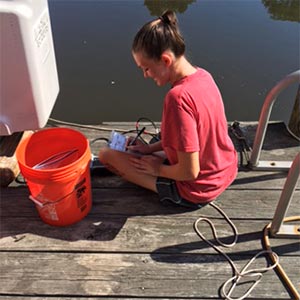