Online? We Were Already There. 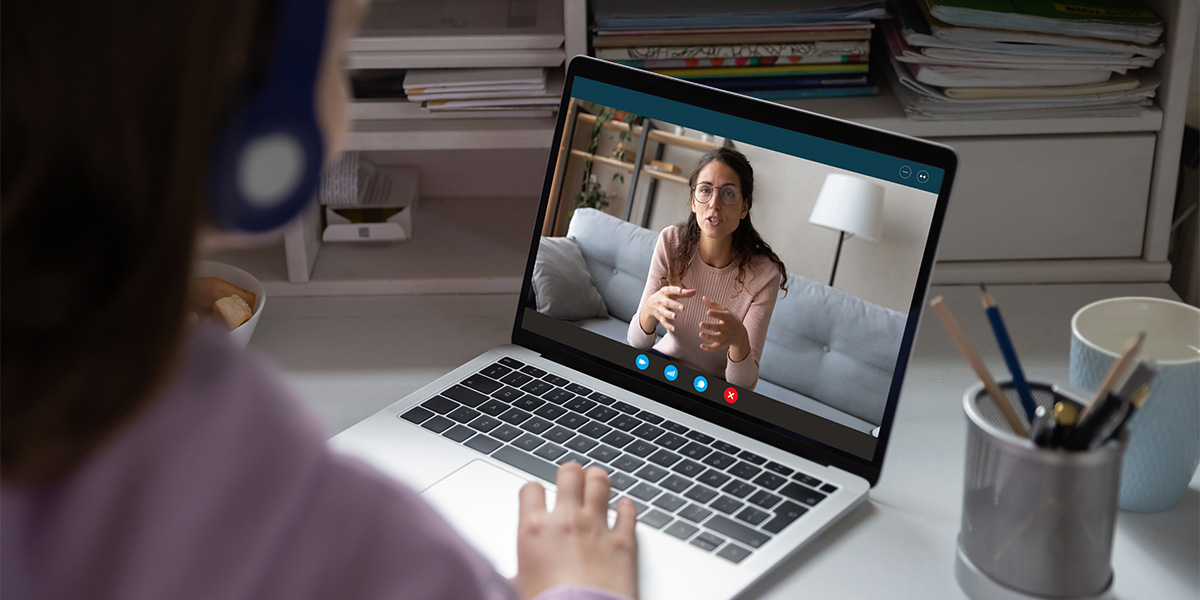 In January, AACC offered 524 online courses. In April, that number skyrocketed, as 1,250 additional face-to-face credit and noncredit courses were converted to remote in response to the COVID-19 pandemic.

Fortunately, the college already had a few decades of remote learning knowledge to lean on. Remote learning at the college started even before a 1981 initiative that increased telecourse offerings. Along with prerecorded video lessons, initially in VHS form and later in DVD or on local cable channels, students would read the textbook, work in a study guide and meet occasionally.

The taped courses eventually evolved into online courses, the first – not surprisingly a computer class – being offered in 1996. Three years later, the college was offering its first completely online program. In 2003, hybrid/blended courses kicked off, combining the best of face-to-face instruction with the convenience of online learning.

Growing remote class enrollment the past few years has also helped the college’s quick pivot to full-time remote learning. The percentage of students taking at least one online course at AACC has grown from 32% in 2014 to 41% in 2019.

“No matter what traditional enrollment figures have been, online class numbers have been steadily creeping up,” said Colleen Eisenbeiser, dean of Learning Advancement and the Virtual Campus. “That allowed for more faculty being involved online than ever before.”

In 2017 all instructors were required to start using a learning management system that operates as the school’s platform for distance learning, whether they taught remote courses or not.

“We started up the hill before we even knew that hill was in our future,” Eisenbeiser said of the schoolwide adoption of remote platforms and processes. Instructors initially used the system, Canvas, for syllabi and grades before diving into classes. “It wasn’t a completely new environment. ... I think that was really helpful.”

For some students, remote learning was a new experience. “This pandemic could have caused a huge setback if we did not have such amazing people running the program,” said Caitlyn Miller, a student in the physical therapist assistant program. “Our instructors went above and beyond when it came to delivering our material, and were more than willing to help us in anyway necessary.”

Michael H. Gavin, Ph.D., vice president for Learning, said even early on faculty members were proactive, sharing best practices and connections as it became clear they would be needed.

Virtual weekly check-ins averaged more than 200 attendees from the college’s Learning division. And a private “instructors to instructors” group on social media shows a stream of questions and tips among peers, from how to run a Jeopardy-like game for astronomy students on Zoom to questions asking about a laptop for a student. That student later received a computer on loan from AACC.

With the shift to all online classes, part of the school’s tech team that used to help with in-classroom technology was instead dispatched to provide support for remote learning. Two weeks of training in March before students returned after spring break helped all employees become well versed in the transition to remote classes.

It wasn’t just classes that transitioned. Ryan Kim, a first-year student and Student Government Association president, said he’s grateful that resources and student support like tutoring, counseling and the food pantry, among others, remain available for peers. He also said remote learning had its benefits, like the shortened commute. That provides extra time to work on the plans to keep student government operating in the temporarily remote higher ed world: planning out virtual events, remote-friendly speakers and even setting up a space for meeting in Minecraft.

“Everyone is doing their best to keep up,” he said. “Just because we’re not physically together doesn’t mean we’re not meeting.”

Face-to-Face, Hybrid and Online Discover ways to take a course 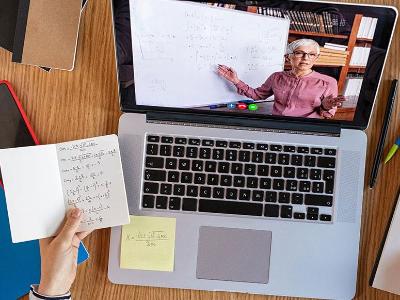