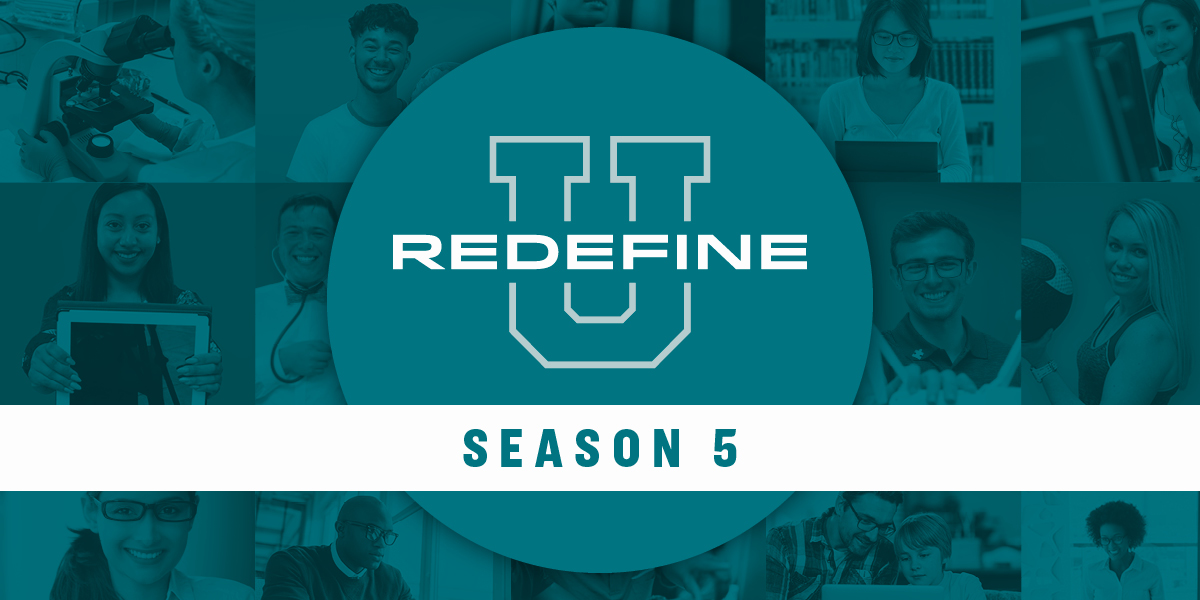 Redefine U is a podcast that explores what happens when we’re challenged to change our beliefs, our thoughts or even who we think we are.

Over the last few years, this podcast has been a place to share powerful stories of redefinition and lightning strike moments. And to learn and grow with one another through adversity and change, even through a global pandemic. This season to close out the college's 60th anniversary, we invited members of the community past and present to join us in sharing their favorite AACC memories.

Work was a reason for his day, not an interruption. That’s how Cleveland Smith views his 16 years at AACC where he learned, grew and honed his attitude of gratitude. Join host Dan Baum as he chats with the retired police officer and parking pass poet. Can't get enough Cleveland? Hear more in episode 27, “The Golden Rule.”

Dominic Salacki thought he had a clear career direction until one weekend made him question it. Here the recent graduate explains to host Dan Baum how seeing the passion of his professors made him feel equipped to follow his own dreams.

Join host Dan Baum as he speaks with Joyce Dawson about the collaborative design involved in building AACC, what makes it an exciting place to be and how her job is “like Legos for big girls.”

When the Professor Calls

Karen Jung never thought she would go to college, much less graduate. Host Dan Baum chats with the MBA holder who says a professor believing in her was the key to her evolving outlook and goals in education.

Sitting in class at AACC was the first time Kathleen Tattersall felt like she was around new people, different people. Join host Dan Baum as they explore what the experience meant for her outlook on networking, life and community.

If you can change a heart, can you change the world? Join host Dan Baum as he speaks with Richard Hardesty about how it takes a community college to change a heart and to raise a graduate, and how he's come full circle in more ways than one.

President Dawn Lindsay sits down with host Dan Baum to talk about redefining moments, and how a phone call in an Annapolis restaurant was one of hers. Hear what she’s proud of, how she feels the college has evolved the past 10 years and what AACC’s future looks like.