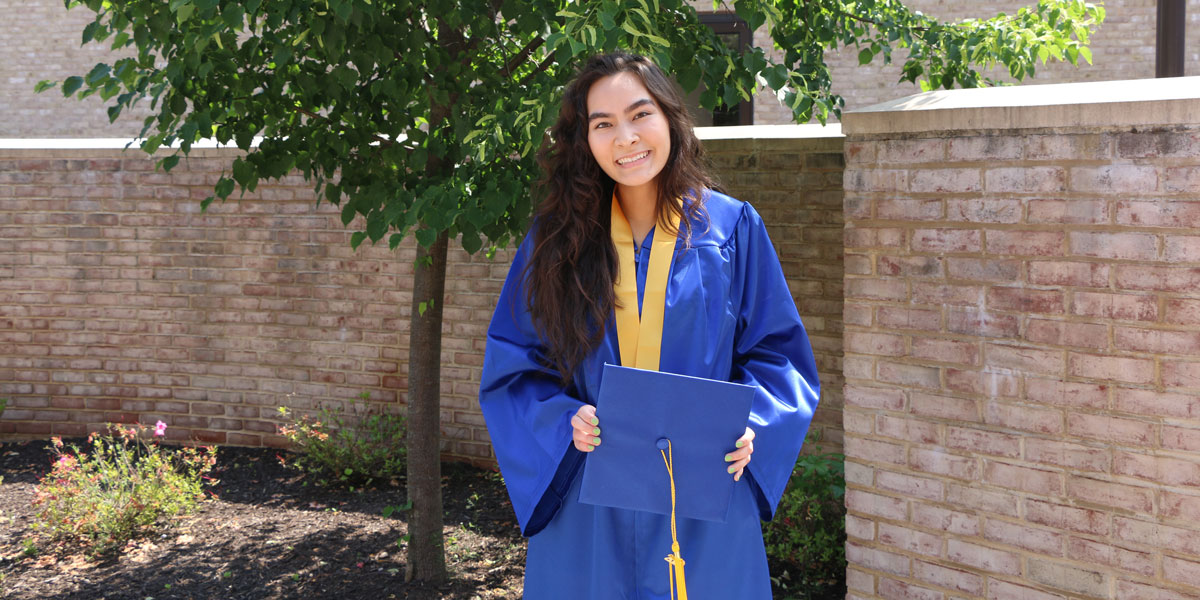 Esther Kuhnert used to have a negative view of community college. Higher education wasn’t even in her plans for the future.

Today, after graduating from AACC in 2019 and taking the stage during commencement as one of three valedictorians, she’s majoring in English at a four-year college.

“One of the greatest advantages that I’ve received from attending community college was having the opportunity to take control of my education and my choice of career destination,” she said.

Kuhnert wanted to become a makeup artist and, after graduating high school, completed a five-week beauty school program. After working two years in her field as a freelance makeup artist, she realized she didn’t want to open a shop of her own. Uncertain about her future, Kuhnert turned to AACC.

Initially, she didn’t think she’d receive a real education or a real college experience at AACC. She soon discovered this was the ideal place for her. She grew to appreciate a smaller college, engagement from her professors and opportunities to have discussions with her fellow students. She also realized she is passionate about writing, which led to her choice of major at Union University.

At AACC, Kuhnert quickly learned that many things about her past – including taking a break after high school or changing her mind about her career – didn’t matter here. “… I got a fresh start.”

She jumped in, studying both communications and liberal arts. Kuhnert also immersed herself in college life by becoming president of Active Minds, a student club advocating for mental health. She took part in the Student Government Association and the Coalition for Christian Outreach as well.

The discussions with other students had a major impact. Kuhnert reveled in the chance to expand her understanding and hear diverse perspectives on life. “I saw, not just a leveled playing field, but a collaborative playing field.”

From being a former makeup artist to becoming valedictorian of her graduating class, Kuhnert was able to edit her post-high school plans and write herself a new future. “This college has provided me with all the resources I needed to not be stuck with a career decision I made when I was only 17,” she said in her valedictorian speech.

Write a new narrative! Learn more about our English program!

Interested in how people interact? Learn more about a degree in communications! 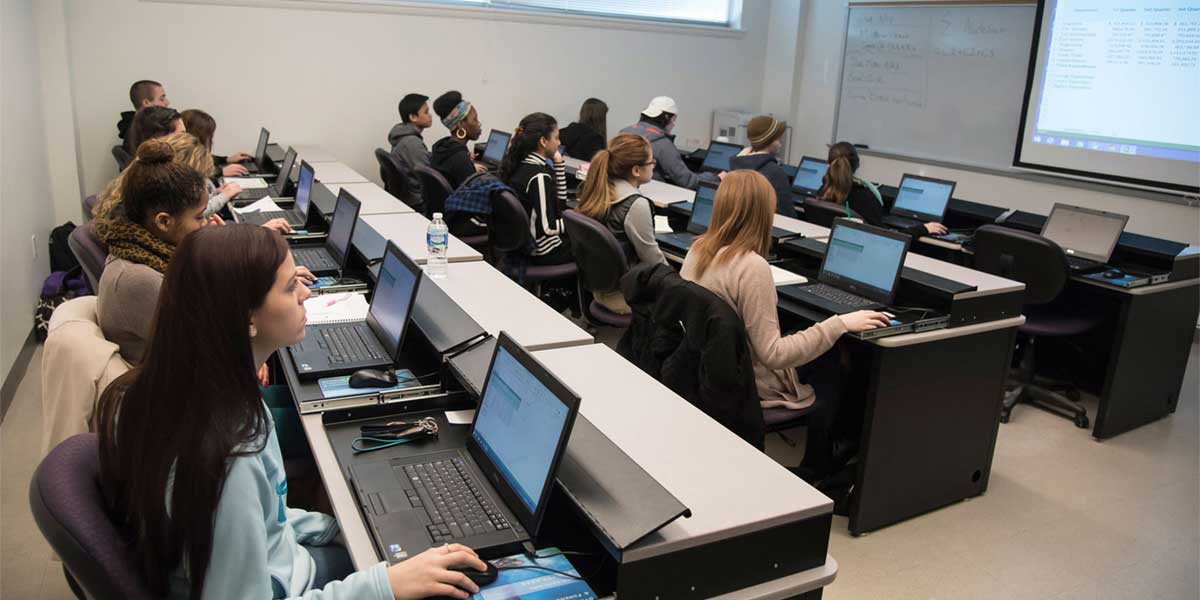