Anne Arundel Community College has grown tremendously over the years.

On Jan. 2, 1961, the county Board of Education established Anne Arundel Community College, a comprehensive community center of higher learning. The college opened in September that year for 270 students in late-afternoon and evening classes in temporary quarters at Severna Park High School. 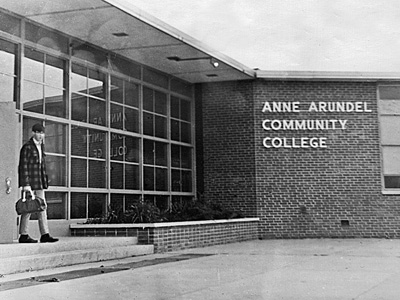 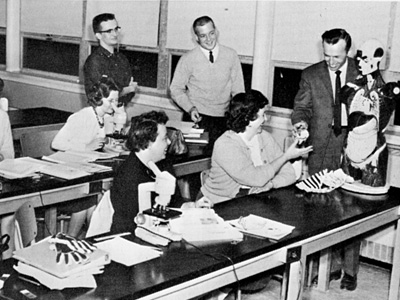 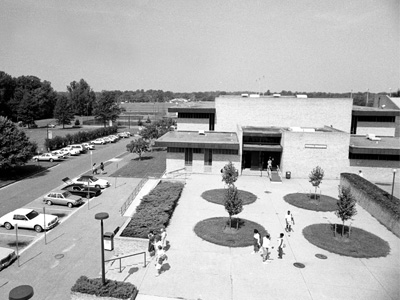 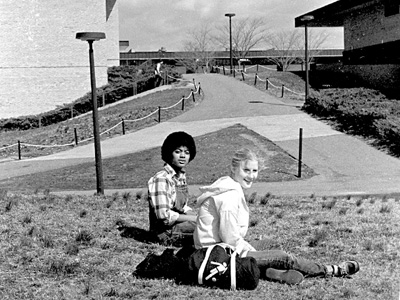 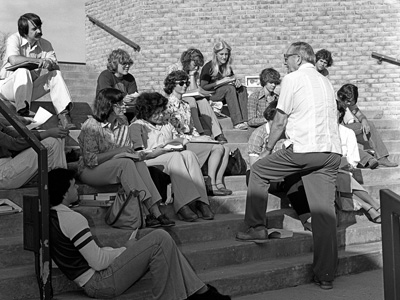 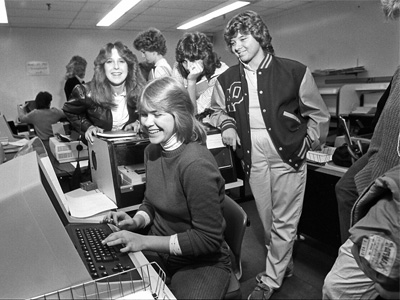 Dr. Andrew G. Truxal became the first president. He focused on creating a liberal arts curriculum that would transfer to four-year institutions. He also developed career programs, including nursing, the first allied health program. Truxal oversaw construction of the first buildings and the move to the then-165-acre Arnold campus in September 1967. The Middle States Association of Colleges and Secondary Schools, now known as the Middle States Commission on Higher Education, awarded AACC full accreditation in April 1968.

Dr. Robert P. Ludlum became the second college president on Aug. 1, 1968. He oversaw the campus expansion and increased offerings to include transfer, career and continuing education programs. He developed programming and tuition waivers for senior citizens, established the Servicemember’s Opportunity College at Fort George G. Meade and secured voting representation for students on the board of trustees. He oversaw the college’s reaccreditation in 1974 and retired in 1976.

Dr. Justus D. Sundermann served as the third president, from July 1, 1976, to June 30, 1979. He established the Weekend College, cable television courses and contractual training for outside agencies. He opened the first college site in Glen Burnie and the Child Development Center on the Arnold campus.

Dr. Thomas E. Florestano became the fourth president, from July 1, 1979, until his retirement June 30, 1994. During his tenure, the campus expanded in size to 230 acres and grew in enrollment, programs and services as a comprehensive community college. He created the first task force to study student retention and developed programs to keep students at the college, opened the Glen Burnie Town Center location and expanded the use of off-campus sites for credit and noncredit programs, introduced the eight-week “minimester” and collaborated with the county on special projects, such as the Center for Environmental Studies and the Center for Study of Local Issues. He oversaw two reaccreditations, with the college earning reaccreditation without condition in 1994.

On Aug. 1, 1994, Dr. Martha A. Smith became the college's fifth president, retiring July 31, 2012. Her first message to faculty and staff declared student success comes first. She continued building and renovation projects on the Arnold campus and opened new off-campus sites, including a Sales and Service Training Center at Arundel Mills; the AACC at Arundel Mills Regional Higher Education Center; the Hotel, Culinary Arts and Tourism Institute building in Glen Burnie; and a Center for Cyber and Professional Training on Teague Road near Arundel Mills. During her tenure, AACC was named the National Alliance of Business’ Community College of the Year and several programs won national awards and recognition. She oversaw the 2004 reaccreditation without condition and linked an ambitious Student Success 2020 program to the college’s strategic plan.

Dr. Dawn Lindsay became the college’s sixth president on Aug. 1, 2012. In her first message to faculty and staff, she talked about wanting to immerse herself in the community and maintain a culture of collaboration and transparency. She drew attention to the college’s national stature and history of success, as well as the many ways the college improves the lives of residents throughout the county. While she listed some of the challenges facing the college, she urged the college community to not be afraid to take risks, saying that only in taking risks will the college continue to develop and grow for the benefit of every individual served and the community at large.