The college is chartered by the state of Maryland and governed by the board of trustees, consisting of seven community members and one student member with full voting rights (see Code Education Article, secs. 16-101 through 16-103).

The college president attends meetings, serves as secretary-treasurer, and is a nonvoting member. The governor appoints community members for four-year terms with the advice and consent of the state senate. The chair is elected by the Board of Trustees. 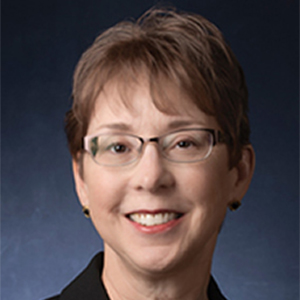 Moore is director of the Schools of Medical Imaging at The Johns Hopkins Hospital in Baltimore. She had been director of the Radiography program at Johns Hopkins and the clinical coordinator of the Radiography program at Anne Arundel Community College. She also is a site visitor for the Joint Review Committee in Radiologic Technology and has worked as a consultant. Moore coordinates continuing education programs for radiologic technologists and frequently makes presentations in the field. She also has been national chair for the American Roentgen Ray Society Advisory Panel for the continuing education of radiologic technologists.

Moore earned a Bachelor of Science in Education from George Mason University in Fairfax, Va., a radiography certificate from The Johns Hopkins Hospital and also is certified in mammography. She has a Master of Arts in Leadership in Teaching from the Notre Dame of Maryland University. 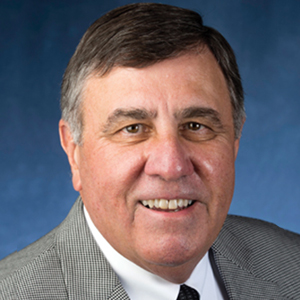 Ulvila is founder of Insurance Solutions. He earned his associate degree from Miami Dade College, and Bachelor of Science in business administration from the University of South Florida.

Ulvila served as the Maryland Association of Community College (MACC) treasurer in 2019-2020 and has been the MACC president since 2020. 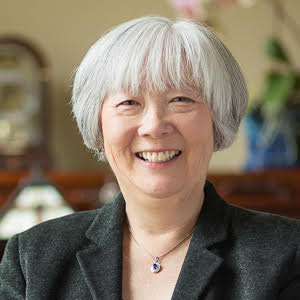 Chien’s career spans over 35 years in biomedicine. Her work included public service at the National Institutes of Health and academic institutes, executive level legal counsel in the commercial sector and teaching law students in the intellectual property field. Chien is licensed to practice before the U.S. Patent and Trademark Office and Colorado State Bar. She is active in her community, serving on the Annapolis Planning and Zoning Board of Appeals and providing certified animal-assisted therapy to patients and staff at medical facilities.

Chien earned a Bachelor of Science in biology from Mount Holyoke College, her master's and doctorate degrees in molecular immunology from Albert Einstein College of Medicine, and her law degree from the University of Denver.

In addition to his academic background, Johnson has served as director of the Environmental Protection Agency’s (EPA) National Center for Environmental Research, interim president of Baltimore City Community College, and as a technical consultant on environmental projects. His accomplishments have been recognized by both technical and civic awards. Price-Jones has more than 20 years of state and federal government regulatory experience in the consumer credit and mortgage lending industries. She retired from the Office of the Comptroller of Currency as an enterprise risk management specialist in 2017. Her prior professional experience includes being a compliance analyst with the Federal Deposit Insurance Corporation, a compliance officer with Citigroup and supervisor of the Financial Examination Unit with the Maryland Department of Labor, Licensing and Regulation Division of Financial Regulation.

She is active in the community and has held a number of community organization leadership roles. She was president for Alpha Kappa Alpha Sorority Inc., XI Delta Omega Chapter, and was the founder and former director of the Financial Literacy Program, a community outreach ministry of Rooted Bible Fellowship Church. She also sat on a number of boards including Harford Community College's board of trustees, Open Doors Career Center of Harford County, Edgewood High School Academy of Finance and the Maryland Department of Social Services advisory board. 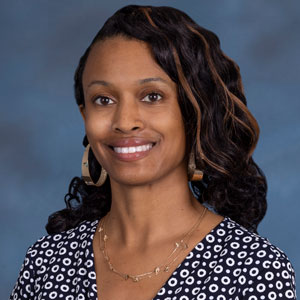 JaCina Stanton-Buttrom is an advocate and attorney who stays actively involved in her community. She is a graduate of Clark Atlanta University and University of Pittsburgh School of Law.

She has advocated for voting rights initiatives for the past 15 years. Stanton-Buttrom is a former adjunct faculty member for AACC's Adult Education Program. She works in the field of employee relations and has published various articles on race, women's issues and the law. Irene Zoppi Rodriguez is director of Army Reserve Engagement Cell (AREC) and deputy commanding general United States Army South, and the former deputy commanding general support under the 200th Military Police Command at Fort George G. Meade. She holds a doctorate in education policy from the University of Maryland, a Master of Strategic Studies from the U.S. Army War College, and a Master of Business Administration and a Master of Science in Business Marketing from Johns Hopkins University.

Her military awards and decorations include the Bronze Star Medal, the Meritorious Service Medal with three oak leaf clusters, the Army Commendation Medal with six oak leaf clusters, the Southwest Asia Service Medal with three bronze stars, the Kuwait Liberation Medal (Kingdom of Saudi Arabia), the Kuwait Liberation Medal (government of Kuwait) and the U.S. Army Parachutist Badge. She also received the Knowlton Award for Excellence in Military Intelligence in 2013. Curran has been involved in local issues and county government for six years. He has served as Secretary of Education with the Chesapeake Regional Association of Student Councils representing 83,000 students to the Board of Education, including serving two terms as president, and as chair of the county executive’s Youth Advisory Council. He currently is a member and equity committee chair of the Joint Commission on the Opportunity Gap, executive vice president with the Student Government Association and a member of the Democratic Central Committee representing District 31. As a student member of the board of trustees he is dedicated to representing all students, professors, faculty and staff.

Curran is a graduate of the International Baccalaureate Program at Old Mill High School and is a second-year AACC student studying Secondary Spanish Education. He hopes to return to Anne Arundel County and teach Spanish.

Our president is here to help.

The college seeks applications each spring for the student member of the board of trustees. Applicants are interviewed by a committee of students and staff. The committee recommends the candidate to the AACC president, who sends the candidate's name to the governor's office for appointment.